There’s a saying ‘Bad things come in threes’.
Maybe, but could it be that after one or two glitches, we tend to notice negatives?
What would happen if we deliberately looked for positives to salvage? I had this opportunity a few days ago:
Within three hours, my partner went ‘missing’ in a garden centre, a bus didn’t turn up, and when I eventually got home I couldn’t get in! Truth is, I felt annoyed and angry.
However, I realised that I could stick with the negatives, or focus on the positives which were there if I chose to notice them. 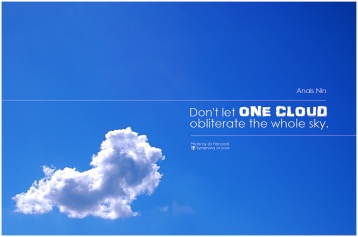 There are always two ways of seeing a situation – from our perspective, and from the other person’s.
It turned out that my partner had misunderstood our rendez-vous point and was blissfully unaware he was a ‘missing person’ as he sat sipping his coffee!
So I had a choice. To cling on to my reactive exasperation, or recognise that he hadn’t intended to send me searching!
Later, as I started to let go, a better memory of the situation surfaced. A stranger who learnt of my predicament had thoughtfully suggested looking in the lesser-used café – which was where he was.

The bus not turning up for our return journey, was one of those things that sometimes happen. Nothing is predictable in life, and maybe this actually gives room for good things to nudge in.
Again I had a choice. To feel fed up, or see it as an opportunity!
I actually have an excellent track record of both giving and receiving lifts (my longest hitch being to Sicily and back!)

So with positivity and a sense of adventure, I stuck out my thumb and within seven minutes a stranger had stopped! He was a lovely young man who dropped us back in our home town – I was left with an immense feeling of gratitude.

Being locked out was another ‘it happens’ situation.
Again I had a choice. To be annoyed, or to see the bigger picture!
Being accidentally locked out was a simple mistake, nothing more.
And that’s been this week’s ‘takeaway’ for me – forgiveness, of both others and myself, and letting go of resentments that ultimately tie me in greater knots. 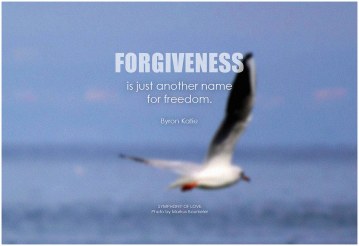 Truth is… “Whichever one of you has committed no sin, may throw the first stone” John 8:7

Published by Truth is...

View all posts by Truth is...